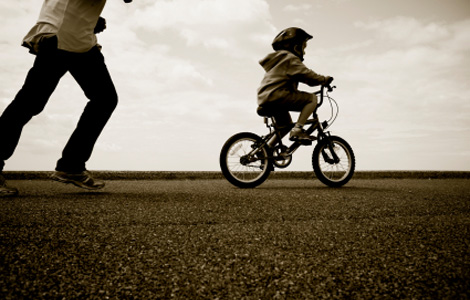 “Look, I’m playing with the snow.”

Back in 1984, David Vetter, known at the time as the bubble boy, died in the hospital sometime after a bone-marrow transplant his doctors hoped would finally give him the chance to leave his plastic hospital room and go out into the world. Unfortunately, the donor was not an exact match. David’s twelve-year old body reacted against the procedure, which introduced virus to his system, and broke down.

After the procedure, when the doctors realized what was happening, that he was losing the battle, they pulled him out of his room, placed him on a gurney, and rolled him down to a sterile room to wait while they made a desperate attempt to find something, anything, to reverse the situation.

The young boy had never been out of his room without some kind of protection.  Unfortunately, his immune deficiency was beside the point now. As he sat in the new room without the constraints of his bubble-room, he looked up and saw a something swirling in the air. Later, hospital staff would say it was a speck of dust from the blinds, but the boy who had spent his whole life in a chamber in a hospital room knew it had to be something different.

A speck to dust to the hospital staff. To the child, a universe of experience.

Fast forward to just a few years ago, and a far less heartbreaking story:

When my son was six, I took him to Colorado in July to visit his grandparents, but also to traipse around the Rocky Mountains. In the middle of the week we found ourselves near the top of Mt. Evans, high enough that the snow hadn’t completely melted. We hiked into a large patch of snow just because it was there.

He promptly threw a snowball at me.

The David Vetter story might seem like a random thing to talk about, but it has always been at the back of my mind.  I was too young when he died to recall anything about it (if I was even aware of it), but upon learning about it later in life something always stuck with me.  I finally put it together after my son was born and he started having his own experiences.

From the moment we’re born we are surrounded by an overload of sensory experiences. We spend a significant portion of our lives trying to make sense of it all, to observe it all and file it away in our store of memories of what we’ve seen and done. When we’re children we tell our parents that we did this and we saw that, we share everything. We ask them what words mean; we ask them to teach us skills, like riding a bike or catching a baseball or even making a sandwich, all so we can engage ourselves in the world around us.

When we go out on our own we seek out like-minded friends to share all the new experiences we expect to have in the adult world. We find a wife or a husband and start a family that will be the ultimate documentation of our lives. We pass on what we know to our children and sometimes even our grandchildren. All the while we say, “Look at me. Look at what I’ve done. I have something to share; won’t you stay a while and listen?”

Some of us only get a short time on this earth, while others live a long life. But, whatever the length of our stay, we’re engaged in the same activities: observing the world around us and asking others to bear witness to what we’ve seen and done. It’s at our core, the need to be witnessed. But also there is the desire to observe, to be a witness ourselves, to play with the snow and feel what it’s like, to know and understand it.

Adults pave their own way and decide for themselves what they want to experience next in life and how to go about it. Children rely on their parents to direct them and keep them safe at the same time. In 2009 TODAY profiled a child with fibrodysplasia ossificans progressiva, a rare disorder that turns muscle into bone. There is no cure. Many parents might be tempted to do everything they can to keep such a child from harm, to help them live as long as possible. But these parents took a different approach. They let their son do all the things a normal boy would do. Their perspective, according to the father:

“As much time as he has left, I want him to know joy. I’d rather have him look back and say, ‘I had fun,’ rather than ‘My parents didn’t let me do anything.’ ”

Again, this stuck with me.

Looking back, it may seem easy to make judgments of the parents in the two stories, the boy in the bubble and the boy with the rare disorder, but the situations are different. In one case, a bone marrow match may have given David Vetter the life others sometimes take for granted and justified the steps taken. In the other case, a far too short life is the most likely outcome. What is the same, however, is the desire from both children to explore the natural world around them. As children, they naturally want their parents to witness them, to affirm them. More importantly, they need their parents to encourage them to let their little light shine. It’s necessary to life: the opportunity to explore and to show oneself to the world and feel heard.

And how we want to be heard. Artists wouldn’t paint if no one would look at their work. Actors wouldn’t bother if no one came to their movies. Sports stars? Would they take the money and play for empty stadiums? Maybe at first, but if you’ve ever heard a Major League Baseball player complain about the empty seats, you know differently.

There are over 61 million WordPress blogs alone (per WordPress, http://en.wordpress.com/stats/). Some people are just venting, some are sharing with like-minded readers, and others are changing the world. But they all want to be observed. They go out into the world and then bring their experiences back to their blog page to share with their faithful readers.

It doesn’t matter what you want to do with yourself, from schoolteacher to cab driver to senator, as long as you can share it with other people and, hopefully, enhance their lives in the process. It doesn’t matter where you live in the world, as long as you can run your hands through the sands, dip your toes in the water, or climb a tree and look out over the land. Parents should help their children do this. They should be part of the experience.

A universe of experience in a speck of dust. That’s all it takes.

Shortly after my son learned to ride a bike sans training wheels, he woke up on a Saturday morning with excitement in his voice. He wanted to ride his bike around the block all by himself. We strapped his helmet on and pulled out his bike.

“All the way around the block by yourself?” I said. “Are you sure?”

“Okay. Remember to watch out for cars – especially teenagers in cars.”

Note: The information about David Vetter was sourced mainly from a PBS documentary and an unpublished story from Mary Ada Murphy, Ph.D.  The quote is a paraphrase of the conversations she had with him after he left the bubble.  Mary recalled this on the documentary:

“The sun was coming through in little streams through the Venetian blind and he saw what he called — he said there were minute snowflakes — and it was actually the dust from the linen. And he was there, and he was feeling comfortable and he was playing with the snowflakes.”

The transcript can be found here: http://www.pbs.org/wgbh/amex/bubble/filmmore/pt.html

Further information about the TODAY profile can be found here: http://www.today.com/id/33324573/site/todayshow/ns/today-today_health/t/rare-disease-turns–year-olds-muscles-bone/

Next time – We go back to shameless self-promotion and start referring to ourselves as MojoFiction again (in the first-person plural).