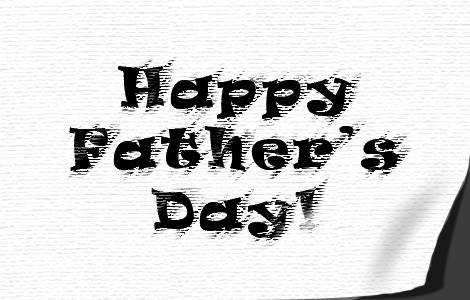 One of my best friends is Puerto Rican by way of New York. He was best man at my wedding and I was best man at his. His best man speech was one of those designed to embarrass, but the open bar before the reception may have led him to forgetting some of it, so it ended up being pretty confusing (lucky for me). But, best friend or not, the moments I really live for are when his parents come in to Chicago from New York to visit. I always make sure to drop by.

My own parents live in Colorado, so I don’t get to see them nearly as often as I would like to and, in a way, my friend’s folks serve as substitutes. His dad and I talk a lot of baseball, even going to some games when the Yankees are in town to take on the White Sox, and drink a little booze. His mom is always inquiring into my romantic life and wondering how my son is doing (and bringing him presents) and when is my ex-wife going to get her comeuppance (never) and here’s what has been happening with her family back in Puerto Rico, etc. In fact, my friend’s mom sometimes calls me her second son. I’m not sure how my friend feels about this, but I’ve never asked. I just lord it over him when I drop in for Puerto Rican food.

(This is no knock on my parents; they just happen to be living a wild senior life, spending more time in Vegas than I ever will.)

If you’ve never had authentic Puerto Rican food, you have my sympathy. My buddy’s mom cooks up amazing dishes every time she stops in. They don’t have a specific name; she makes it up as she goes along. But the way she cooks even simple things like beans and rice and chicken and seafood, and even her homemade sangria, leaves you wanting thirds and fourths, no matter how full you already are. Frankly, it’s sad that I can’t explain it better; such is the condition of my uneducated palate. But she always has leftovers to send me home with.

These are people are big into family. My friend is an only child. His parents wanted more children, but it didn’t happen. So my friend surrounds himself with a huge family of good friends and has social gatherings at his house as often as possible. His parents, in turn, have basically adopted all of them, which, I’m pretty sure, is one of the reasons they always come down. I feel privileged to be a part their extended family of friends.

So one day, my friend asks me for a personal favor and then hands me a picture.

I’ve been known on occasion to sit down with watercolor paints and crank out some artwork. I’m good enough that I only suck half the time. But I’m usually pretty satisfied when a painting turns out well. I’ve never sold anything, but I’ve given away a number of works. It’s a part-time hobby that, unfortunately, I’ve put away for a while now.

The picture my friend handed me was an old, washed out color picture of his grandfather on his mother’s side, who had long since passed away. It was the only picture she had left of her father and my friend was hoping I would paint a larger-format portrait (not too large, an 18×24 would suffice). He was very polite about it, but I can’t imagine for a moment he thought I would say no. However, there was no way I could hand back a sub-standard creation, so I didn’t say yes lightly.

The picture was a full-body shot of the man standing next to a bar or counter. At first, I put together three or four compositions that simply didn’t work. I couldn’t put my finger on what the problem was at first, but, finally, I realized I was trying too hard to recreate the picture as a whole.  In addition, my watercolors were, frankly, lacking in fine detail on the face, which, naturally, was the most important part. So I put away the paints, picked up my charcoals, pencils, and my drawing pad and went to work on a close-up portrait in black and white. Somehow the pencil lines just worked, flowing across the page freely and finding those perfect lines, while the charcoals shaped the mood and added depth to the portrait. At least I hoped so.

When I showed the first paintings alongside the drawing, my friend selected the drawing almost immediately.

I wasn’t there when he presented the drawing to his parents, but later, his mother thanked me profusely with an outstanding paella (what can I say, I like to eat). She told me she had hung up the portrait in their house in New York, where she can see it every day. I can’t describe how pleased I was to be able to give back something to my friend and his family, who have given so much to me over the years.

I’m nothing close to a professional artist, but I didn’t have to be. In the end, I know she isn’t looking at my drawing. She’s looking at her father.

MojoFiction tries to deliver his blog on time…