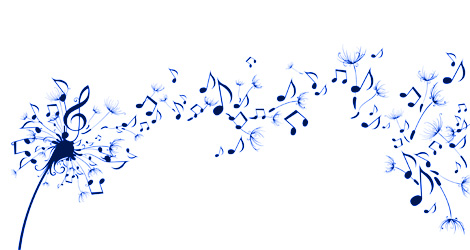 Overnight out here in the Chicagoland area it rained cats and dogs and, we’re pretty sure, a few cows and at least one camel.  It rained, according to Lionel Richie, all night long.

Thankfully, the Metra commuter train system rewarded the folks here at MojoFiction with an extra hour and a half train ride. A nice train-riding bonus to be sure. But, had we known this, we would have stayed home. But we didn’t know until the Clybourn stop (the last stop before downtown), when the conductor informed us that the train signals were out and we would have to wait for manual switches and then wait further for all the other trains in the whole city to go ahead of us. At one point they started importing trains from other major cities just so they could go in front of us, too.

With nothing to do while we waited but reassert our dominance over Angry Birds: Star Wars, we instead grabbed our head phones, jacked in the MP3 player, and thumbed through our playlists.

We try not to play our music too loud into our headphones, mostly because we value our ears.  But we also don’t want to annoy the other riders. Maybe if we were pumping out some Beyoncé or Fun, or whatever the kids like these days, it would be okay. But when the guy next to you is cranking the volume up on the soundtrack to Avatar, that’s annoying.

Not with the Avatar soundtrack, though. That was just an example…

The thing is, MojoFiction has always loved film music and we’re not afraid to admit it. …In a blog. …Under a pen name.

Music won’t make a film, but it can make it better. And it can certainly break it. The original Tron? The musical score sounds like a toddler fell on one of those keyboards you can buy at Toys R Us and accidentally recorded the sound. The movie isn’t spectacular anyway, but the music kills anything that was good. Michael Mann’s The Last of the Mohicans? Stellar score. Enhances the movie in every way.

Side note: Why did The Social Network win best score in 2011? Interesting music and we like it, but after a year-long secret investigation we discovered that it won simply to annoy us.  Actually, it turns out that it works well for the movie and that’s a major factor. That said, the How to Train Your Dragon score was like another character in that movie it should have won the Oscar, that’s all we’re saying.

But these things are subjective. What isn’t, though, is how film music done right can move us without taking the spotlight. Really, while you were bawling your eyes out at the end of Titanic (you were, don’t lie), were you thinking about the music? Probably not. Then Celine Dion started singing and you knew it was time to go. But after you exited the theatre and had time to think about it, you started thinking about that music, like you heard it but didn’t hear it, but you knew if you heard it again it could bring back that emotional connection you had with the characters and their story. So you went out and grabbed the CD and immediately burned it to your MP3 player, but didn’t tell anyone you did because, secretly, you really like that Celine Dion song.

Film music in an interesting animal because, listened to by itself, out of context, it’s not always great. It might even sound confusing. But when you’ve seen the movie, and especially when you enjoyed the movie, the music can often become something beautiful. Suddenly, people who you only briefly noted at the end credits become brilliant composers that you start to look for when a new film comes out: Rachel Portman, Patrick Doyle, John Powell … we’re just scratching the surface here.

Movie scores help you maintain a connection to a meaningful experience. We at MojoFiction still love the soundtrack to Field of Dreams and Schindler’s List. Who (depending on your age) doesn’t know the theme from E.T. after only a few notes? Or the opening to The Lion King? Or Hans Zimmer’s musical weirdness for the Christopher Nolan Batman movies? We think it goes beyond America’s love affair with movies themselves and moves into emotional territory. Human beings crave emotional experiences, something that’s hard to find on Twitter or a smartphone text message. When you leave the theatre, the very place you visited to have an experience, you often don’t want to let go of that emotional ride. And music marries to movies perfectly. Music can evoke darkness and light, love and hate, movement and stillness. Popular songs on the radio remind you of high school and college and first dates and wedding dances. Music in films reminds you of the journeys in life that we all take.

So we sat there on our long train ride with our headphones on and our music playing and allowed ourselves to be swept away to far off lands where the music swells, warmly wrapping around us as we re-live an unexpected midnight kiss in a downpour of rain. We won’t tell you what movie that’s from. It’s our secret.

But these are the things that happen when you sit on the train for an extra hour and a half.